The next Federal Election in Australia will be held on 21 May 2022.

What do we want from our national government?

PROTECTION OF OUR FARMERS AND FOOD SUPPLY

We need a National Food Policy that includes legislation to ensure farmers are paid a fair price for their produce and agricultural land is protected from mining, real estate development and takeovers by agribusiness, whether locally- or foreign-owned. The Australian Food Sovereignty Alliance gives the lowdown. See also the Lock the Gate Alliance.

House prices and rents are heading sky high, construction quality is heading to rock bottom. The post called ‘Housing heist’ on this website gives the lowdown.

Climate chaos will shut Australia down –– big time. Most of us have now lived through a cyclone or a flood or out-of-control bushfires or a drought and we know what that means.

Go to the <Parliament House website> and you’ll see a number of Bills on climate that were not passed. Two were introduced by the Greens, two by Zali Steggall. Not even debate on two climate bills put to the House of Representatives on 27 Oct 2021 by Zali Steggall (Waringah) was allowed by the Liberal / National majority.

The Lib / Nat government’s new plan for electric cars leaves us in the slow lane. Australian communities are missing out on the cleaner air and quieter streets that come from taking polluting cars off the road and replacing them with electric vehicles and public transport and from replacing roads with segregated lanes for pedestrians and cyclists. Meanwhile Canada – often categorised as a climate laggard like Australia – has moved in a positive direction, bringing forward its end date for fossil fuel vehicles to 2035. Learn more.

A VOICE FOR ABORIGINAL AND TORRES STRAIT ISLANDERS

The colonial effacement of Aboriginal history and culture continues unabated. When will our laws protect this rich history and culture, one that lasted tens of thousands of years while ours, called ‘industrial civilisation’, looks like it will be lucky to survive a few hundred years.

Indigenous voices remain unheard and unrespected. When will the Uluru Statement from the Heart be taken seriously?

A VOICE FOR WOMEN

Michelle Arrow gets to the point in this article in The Conversation. Australia still has a long way to go on this issue.

PROTECTION OF OUR FLORA AND FAUNA

The Great Barrier Reef, one of the wonders of the world, is dying. The koala will probably be extinct by 2050. Tens of billions of trees on our continent have been cut down since 1788 and land clearing continues. The recommendations of the Samuel Review need to be implemented. Since the EPBC Act came into operation, 7.7 million hectares of threatened species’ habitat has been destroyed. We have become a global deforestation hotspot with one of the worst extinction records on Earth. Entire ecosystems like the Great Barrier Reef and the Murray Darling Basin are collapsing.

TRANSPARENCY AND ACCOUNTABILITY IN GOVERNMENT

As opposed to secrecy and corruption. We need:

Population needs to be on the policy agenda. What are the limits to population growth? Water, for a start? And the tens of millions of refugees in the world, a number that will grow as the climate emergency intensifies? Big issues; time to tackle them.

That is the bare minimum. Who then to vote for?

The Liberal / National coalition has been in power for 8 years now and has shown no interest in tackling any of the above issues –– see the post called ‘Track record’ on this website. MPs and Senators from the following groups would be best. You choose who you prefer:

Helen Haines, Rebekha Sharkie, Zali Steggall, Andrew Wilkie, Stirling Griff, Jacqui Lambie and Rex Patrick have all done good work. As have Labor and the Greens. All these people working together in a coalition should be able to deliver some good outcomes for Australia. 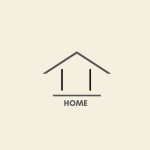